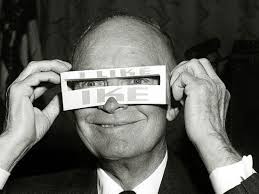 Introduction: First, We Must Blame Television

Stevenson’s campaign largely eschewed advertising on television and went on to lose to Eisenhower by a margin of 172 electoral votes - a number that included Stevenson’s home state of Illinois.

Within the next 10 years, television would emerge as one of two necessary evils in politics, the other being the need to raise large amounts of money to afford it. This began an arms race for cash that has continued to this day and raised numerous questions as to how much this has tilted the balance of power in America away from the voters and towards well funded special interests.

The public, on the whole, supports both the ideas that outside money corrupts the political process and that the amount of outside money allowed to be used in campaigns should be regulated. Despite this, Congress has historically been reluctant to pass legislation and, when it has, said legislation has failed to stand up when challenged in the courts.

In 1904, well before the invention of television, Teddy Roosevelt was accused by his opponent of being corrupted by large donations from wealthy industrialists. The accusation was odd, both because Teddy Roosevelt’s presidency was built on introducing strong regulations the industrialist class was opposed to, and because it was true.

Even more odd was the fact that Teddy Roosevelt responded to this accusation by calling for legislation that would prohibit the practice of campaign financing his campaign practiced to earn him a second term.

With that call, Senator Benjamin Tillman of South Carolina introduced a law that would prohibit corporate contributions in federal elections. The law passed and was never challenged in court, largely because it was filled with enough loopholes to be entirely unenforceable.

The Nixon Campaign: From Quaker to Creep

Back in the post-TV world and in another odd choice in presidential politics, it was Eisenhower’s running mate, Richard Nixon, who cemented the role of television in presidential campaigns by choosing to dismiss the medium in his first run for the White House against John F. Kennedy. In the first ever televised presidential debate, Richard Nixon - then recovering from knee surgery and looking like someone recovering from knee surgery - was famously noted for refusing makeup.

Kennedy had his done by someone on his own team.

Polls taken after the debate showed those who listened to it on the radio felt it was either a draw or gave Nixon a slight edge, whereas the television audience felt Kennedy was the clear winner.

How much make-up actually contributed to Nixon’s defeat in 1960 is up for debate. What was clear was Nixon’s intent not to make the same mistake when he ran for a second time in 1968.

Nixon outspent his opponents by over 2X in 1968 and 1972, while also managing to be the first candidate since the passage of the Tillman Act to find a way to violate it. Nixon’s Committee to Reelect the President (pejoratively referred to as CREEP) used tactics that bordered on extortion (illegal) to solicit campaign donations directly from corporations (also illegal) which would be spent on campaigning and the occasional money laundering effort (really illegal)

Post-Watergate, the public called for stricter regulations on political contributions, with one in four letters to Congress calling for campaign finance reform.

In 1974, Congress passed the Federal Election Campaign Act (FECA) - the first piece of legislation since the Tillman Act to address the issue of campaign finance. This law set stricter limits on who could contribute to campaigns, how much could be contributed, and how much campaigns could spend.

Unlike the Tillman Act, FECA was much clearer and much easier to enforce, making it a much clearer target to be challenged in court.

In Buckley v Valeo, a political clown car of plaintiffs - - including Senator James Buckley of the Conservative Party, Nixon’s former Democratic opponent, Eugene McCarthy, the New York Civil Liberties Union, and the Libertarian Party - challenged FECA on the grounds that it violated free speech rights under the 1st Amendment, as well as the right to due process under the 5th.

The result was a decision that made nobody happy, with the court effectively ruling donations to a specific candidate could be capped but spending could not, including spending independent of campaigns, such as that by political action committees.

This concept came to be known as “soft money”, and was a much railed against, never legislated against practice, until another political crisis hit the nation.

In 1995, then senators John McCain (R) and Russ Feingold (D) began to push legislation to regulate the use of soft money in politics. This legislation made no progress until 2001, when a series of corporate scandals made the political environment more amenable to reform.

The Bipartisan Campaign Reform Act (BCRA) was passed in 2002 and, as with FECA, almost immediately challenged in court. A series of cases, the most famous being Citizen’s United, removed much of the provisions regulating campaign spending, and ruled that any entity or person - billionaires, corporations, associations, etc. - were guaranteed the right to raise and spend unlimited amounts of money on specific candidates under the 1st amendment, provided they weren’t working directly with a candidate’s campaign.

In addition to having the amusing side effect of creating the opportunity for us to all watch Ted Cruz being coached on how to hug his mom , it has also resulted in an explosion of outside spending on political campaigns.

Over two thirds of voters feel our campaign finance system has corrupted the political process in America and that new laws limiting both contributions and spending. Voters on both sides have shown a preference for candidates who appear uncorrupted by money, with Trump being trusted because he was viewed as too rich to need other people’s money, and Bernie Sanders, because it seemed impossible the people who supported him had any money to spend.

Despite this, the legislative and legal barriers to creating a piece of legislation that is both A.) enforceable and B.) will stand up against the first amendment seem too high to pass.

In examining other democracies with higher levels of transparency and voter satisfaction, two trends emerge:

The problem isn’t necessarily America’s campaign finance system as it is that our winner-take all system of elections makes for an unresponsive democracy. When a politician only has to get one more vote than second place to win an election and where districts can be gerrymandered in a way that dilutes the opposition vote, they’re more accountable to their party and the donor class than they are their constituents.

In more competitive elections, candidates only have to present themselves as the lesser of two evils, as opposed to being the best choice for office.

In a multi-party system, voters have more options and candidates have to compete harder for their votes. It’s also a system that is much more difficult for outside money to influence, as it’s much harder to pay off 5 or 6 parties than it is two.

Implementing such a fundamental change to the system is by no means an easy task. It will involve changing the system for calculating winners to elections, making voters comfortable with the process, and getting over resistance from the two major parties, their donors, and their donors’ lawyers.

This being said, we live in a country where people transitioned relatively quickly and peacefully from a monarch to the system we have today, where a president called for legislation that cut off his chief source of campaign funding, and where a Congress - when pressured by the public - made necessary reforms to campaign finance.

With 70-80% of voters supporting campaign finance and another 60% believing a third major party is needed, the timing seems better than ever.